Romantic love is far too bitter, coveted. Jealous, romantic love is synonymous with greed. How can you say you love the sky if it hurts you to see others looking up. How can you say you love the beach when you won’t accept people walking on it. This “love” has far too many sour overtones to deserve the title of love. Love is acceptance, tolerance. Love says “Even for this moment alone and no other.” Love is unwavering

“A crime of passion is a perversion of love!” No, it’s romantic love taken to it’s logical end. It’s simply the path that most are too frightened, not strong enough to walk down.

Why then, the problem of multiple Waifus?

The Waifu is a manifestation of [TRUE LOVE], not just [PURE LOVE]. Pure love is any un-corrupted, shimmering love, a common example may be platonic love, or love for animals. But pure love is not absolute love, unbending love. Love that can dim and brighten in intensity but never waver, it cannot be shrugged off. Waifuists are not dogmatically locking themselves into a false love and forgoing all others when they stay loyal to one. Waifuists often have a plethora of fictional characters that they hold close to their heart, some more than others, but the one WAIFU stands above this hierarchy. While favorite characters can rise and fall from favor with time and change, a Waifu is forever, it’s an un-linkable bond between souls, and is not something you simply decide to have. “You don’t choose your Waifu, your Waifu chooses you”

To be capable of uttering “I'll make her my waifu”, “She used to be my waifu”, “I have multiple waifus” shows a catastrophic misunderstanding of Waifuism, and such flippant claims can be seen as an attack on True love.

Some people’s love for their Waifu can wane, maybe even be forgotten, many might question whether it was ever True love they had at all, they'll say those people were just pretending. It’s an understandable position, but consider this view. True love can diminish, just as it can increase in intensity, it’s like a flame, flickering. One can nurture this flame, or they can neglect it and with enough neglect the flame will die. This is the case for an ex-Waifuist, who for whatever reason says “I’ve moved on from such things” but I say the candle remains. Deep in our hearts, these candles stand and represent our passion for the things we’ve seen through our lives that have become irreversibly tangled with us. And I believe that even when the flame dies, it can be re-lit.

Now I will speak on the conception that true love exists between people. You may hear polygamists or some such types say they have something that resembles True Love. “There’s no jealousy between us, we’re accepting of each other in our entirety, and that’s why we let each other sleep with other people.” Well, I’ll try to nip this overgrown bud.

No matter what anyone may say, you cannot have true love between human beings. True love is the ideal, structurally impenetrable essence of love, and can only be for ideas. Now, you can have an “idea” of a human being, of course this is how all people in this world exist to each other. But the problem lies with the physical manifestation of this person that exists in the world. A person can cheat, die, be stolen, change, grow, truly every person does every one of these throughout their lives. Simply put, you cannot have an un-jealous, un-bitter love for such a creature. You can’t have true love if you fear their cheating you, for leaving you, for leaving this world, for these are all things that can happen and as the possibility of them happening is sure, you can never have an undoubted love for them. When people claim they have True love for a human being, they are either wrong, or they have made a Waifu of the persona of that person that exists in their mind. But this is a corrupted Waifu, as it is necessarily tied to a true identity, and as long as these conflicting personas exist in the same space, they will clash, they will be in constant conflict, as they are as oil and water, insoluble. One will inevitably kill the other, and rarely this will happen without anguish and violence. Truly, it is a miracle worth crying tears of joy over when one succeeds the other peacefully. That’s the heart of many love stories.

The reason true love exists only in the domain of the Waifu, is that ideals are absolute. A Waifu cannot be stolen, or killed, or lost. Your Waifu will outlast the death of the sun, persist past the tearing of the universe, the dawn of the ether and will be waiting for you right where you found her.

Love limit - Daughterfu - Pure and True Love (feel free to skip this chapter, it's a waste of time.)

I don't know this, but if there is a limit to love, I don't think that anyone can have absolute True Love, only some level of potency below the top. A person would probably die before reaching that limit. I think love is probably infinite. Of course love can only be infinite if time is infinite, although that presumes love is inside of time and not the other way around. Love may exist outside of time, in which case it could be infinite. Of course these issues are un-answerable, and big issues like this really don't relate to anyone's life. If Love is infinite, anyone's True Love would be absolute True Love, and that's probably the best way to think of things, regardless of truth. If I cared about truth I wouldn't have written any of this.

The Daughterfu is an interesting offshoot of the waifu because it's Familial Love, and not Romantic Love that drives it. Familial love is an older and more integral force in this world than Romantic love, and they can't really be melded together without losing what makes them themselves. The first "Love" in this world was a kind of "Romantic Love" but I think it would be more appropriate to call it a "Driving Love" for differnces I'll go into. The first organisms were drawn to eachother to procreate, and while there was certainly Love before life, this is where it's easiest to start. Before any other Pure Love, Familial Love was first. The mother would work to ensure the futures of her offspring, and the mother was the first to experience Pure Love, Pure Love that would NOT be reciprocated by her offspring. Romantic Love, different from Driving Love, is the Love that causes a pare of distinct lives to stay together and work cooperatively for the sakes of their children, and now there is a triangle of love, between the top corners Romantic Love, and extending down from both corners to the tip, Familial Love. In human beings I think both Loves are probably equal in potency, Familial Love may technically be entrenched deeper in our souls, but it's not really fruitful to try and weigh them, so I'll just say at this point they are about equal.

Daughterfus are generally found by older people, people around the age where they would become parents, and typically Teens don't feel any draw towards having a Daugtherfu, or at least not in the same capacity. One thing I've never heard is something like a Sisterfu. I don't have any grand point, just observations.

Going forward I'm not gonna talk about that stupid concept any more. It was fine for communicating the differences between a waifu and a real girlfriend, but now it's time for it to die.
11.13 update: also it was disgustingly pretentious, but I won't delete any of it. I had an idea to write a nineteenth century style philisophical treatise on waifuism, in the style of Michelstaedter or Max Stirner, I thought something like that should exist, so I gave it a go. From here on out though, I don't think I'll have any high concept vision, I'll just be honest and direct about my thoughts.

Do I have a waifu?

I love Nakano from Mousou Telepathy. She's the character that means the most to me out of any other, and has been for about 3 years. I'm a careful person though, and I fear throwing the term Mai Waifu around flippantly(as a serious statement. I have no problem using it as it was originally used, as a cute phrase to state affection for an anime girl). Thus, I really can't give advice to anyone else on whether or not they've found their waifu. How do you decide such a thing? DO you decide such a thing? All I know is that I like her a lot, and that's good enough for me. 11.6

Nakano is a unique case though, in that she is in love with Toda, and at the end of the manga is in a relationship with Toda, so to consider myself to be in a monogamous relationship with her is rather... Skewed, I guess? It doesn't make any sense, simply. I adore Nakano, but to remove that part of her, the part that loves Toda, renders her no longer the same person. Maybe this is why I've never believed in her as a waifu, only a character who I have great affection for. 11.8

jan 17. i think it's not that important to put a label on it, but for all intents and purposes she's my waifu.

And, as you can see on the homepage, I'm partial to Rei Ayanami. But it's rather I find her relatable, and her presence on the screen "validates" me, and I wish to see her find happiness for herself. I don't mean I'm like narcissus in love with my reflection, I just see part of myself in her, and for that reason feel like I understand her a little bit. The truth is I just like blue-haired girls with glasses(rei doesn't wear 'em, but she carries gendo's around with her.) 11.13

Sketch of a girl

My darling maquette,
etched lead on white. No words,
or time, or place
will erase your smile.

Lead silhouette,
the finest line on you
has infinite quality
and the shallowest depth.

The tiny sound of scratching
against a retreating tide.
Your gentle contour
traced by my eye
stains my finger
grey.

A list of songs that have lyrics related to waifuism 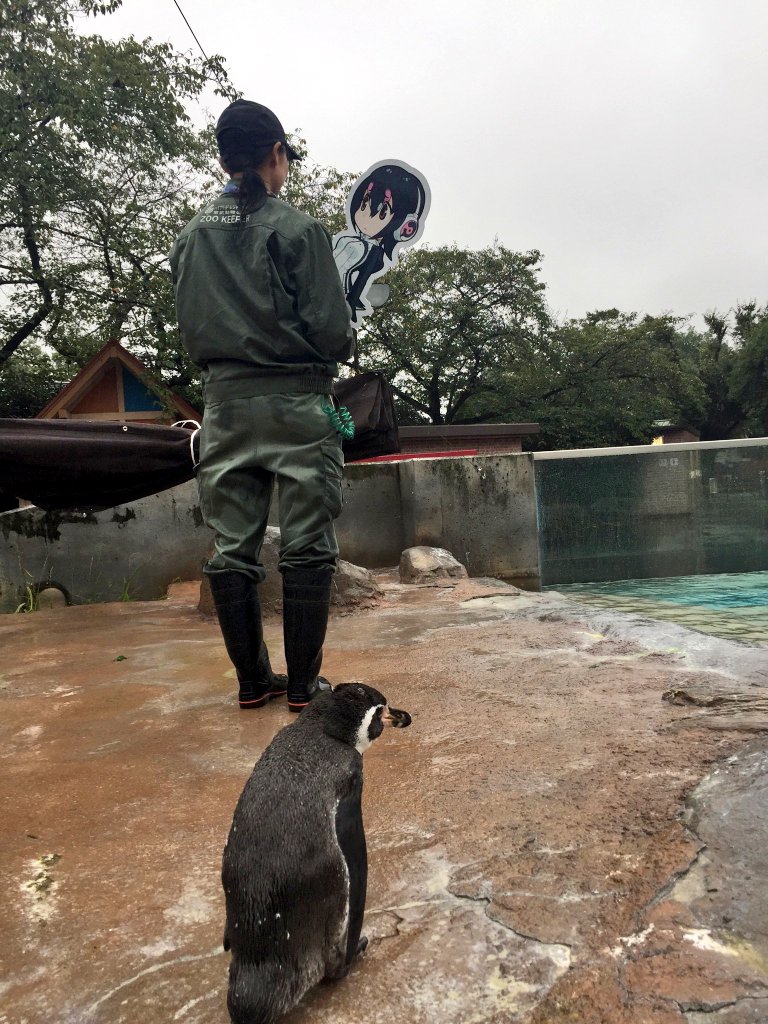