catbox uses max volume by default, so perhaps lower your pc volume for the safety of your ears.

compilation of short things. i find it important to publish this stuff cus they'll get forgotton about otherwise.

generic cutesy thing
12 seconds persona4 reference
tried writing a song with only two melody lines. then added extra harmony afterwards.
wanted to use a melody that used the entire wholetone scale without being dissonant. kinda did it by modulating by a tritone. cmaj-gbmin-abmin-fmin-bbdom-ebmaj-amin-abmaj-bbdom-cmin-bdom-bbmaj-adom-dmin-bmin-bbmaj-gdom

very slowly trying to figure out "professional" style mixing(15s on)

logico tractatus this song is great but too complicated for me to do a full cover of. this is the most stripped back part and it took hours.

30 second sketch
hopefully you can tell i'm inspired by subahibi(mainly 16s onward). some things: 1: melody lines can be supported by playing a fourth of fifth below 2: many overlapping melody lines is exciting, and they don't even need to be interesting on their own 3: if you want to modulate minor chords are your friend(a minor 11 chord has two minor and major triads each inside of it!)
lately i've been choosing the key for my song based on scriabin's color wheel lol. i go "what color should this song be?" and choose it. maybe i believe in it maybe i don't...
right now i'm working on a transcription or cover of logico tractatus philisophicus. it's pretty difficult, but fun... 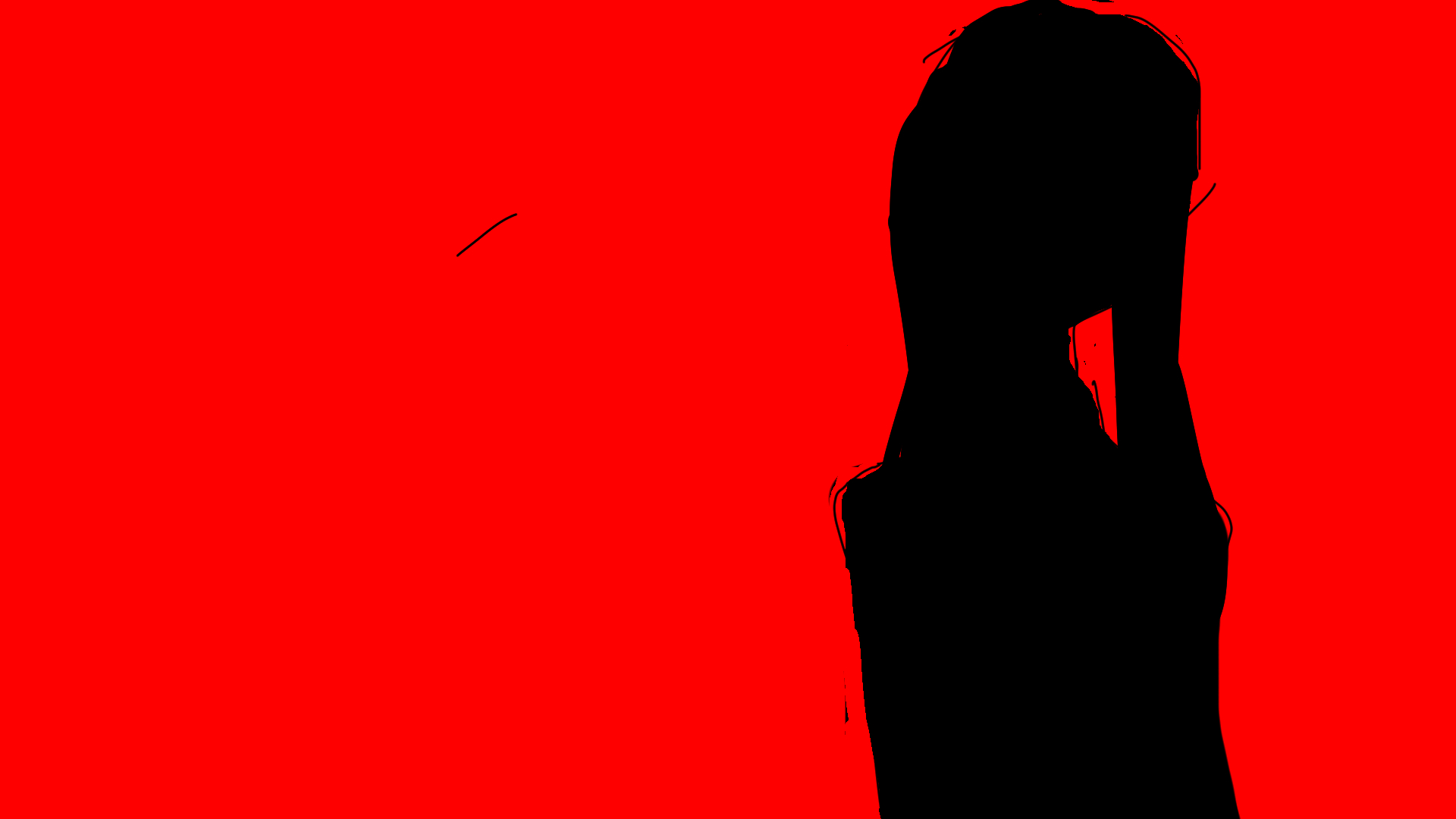 i can tell i don't love drawing from looking at the fact that it's hard to get myself to do it. i value drawing way more than music but for whatever reason i get less pleasure from it. music i think at the lower level of skill is quite a bit easier than drawing, so the results are more likely to please me. i need to get some discipline and push through my unwillingness...

not in love with the piano sound

ive been trying to sketch out a full version of my song from january 7th, this is the best ive got so far... thinking of titling it "feather" or "deaf". final version should have strings to heighten the chorus.

section A is simply the 4-2-3-6 progression with color notes added, and the 4(F)is made minor and Db is added in the bass. Section B is FMaj7-Gbminor7, then Fmaj to g6/C (4-b5-4-1). all instruments from XV-5080, mastered with ozone9 and mixed using maximus. ultra condenced synth voicing was made by omitting fifth and moving 7th and 9th notes down an octave.

did this PCP theme remix a year ago, might as well post it here rather than let it rot on my hardrive
lost the vocals for this version

more waltz, this one with an odd melody

wrote this today. the voicings are just chords with the root and 7th swapped, and 5th omitted.

waltz is fun. loops from end to beginning

alice in wonderland! im in a waltz-mood lately.

For alice in wonderland, those sounds are from the XV-5080 VST which can be pirated off rutracker or wherever. You can start out in FL studio using soundfonts which you can get by just looking up "secret of mana soundfont", that's what toby fox does, or you can get a JV-1080 or a Wavestation VST off of a torrent website, either is easy to work with, but no matter what you do: Don't spend any money! But, if you're actually cool unlike me learn to use a tracker like deflmask, that's what cool people do.

somethin(ive been playing around with quarter tones, im not very good yet but i think they're interesting

somethin else this one's my fav

lately i've been playing around with a few things. moving minor7 chords by minor thirds is fun, moving from major7 by a tritone to a minor7 or dominant7 is fun, modal interchange stuff like that. if you can have a simple diatonic melody over those kinds of chord changes, it has a fanciful feeling that i enjoy. i've been playin subahibi, and the way that soundtrack uses piano is very attractive, like, listen to this song, damn that's so pretty. a lot of visual novel music has a jazz-fusion influence, but makes it very amiable and easy to lisen to, and i think that's the kind of aesthetic i'd like to chase.

some ways i can think of to "prettyify" key changes it to remove the thirds or sevenths, and look at the notes that are in both keys and make those the top notes of the chords, and the melody notes. of course, there are times where, in the case of a picardy third for instance, you really want to accentuate those out of key notes to make the effect stronger. voicings are important too, lately i've been moving the third as far away as possible from the root note, and playing fifths in the bass can be good as well. a common jazz voicing is something like "root - seventh - third - fifth" of course, clumping all the notes as close together as possible is great, cluster chords...

i'm starting to tire of thinking about chords. i think "chords" as a concept might be deleterious(when do you have an excuse to use that word?) and it's better to think of note intervals instead... im very far away from having a good understanding of music, maybe if i had gone to school... No!, I'll never!

on quarter tones, listen to this lad wyschnegradsky

all the songs i've written in the past few months, at x3 speed or whatever. 1min42

the first part i wrote while reading witch hat atelier. 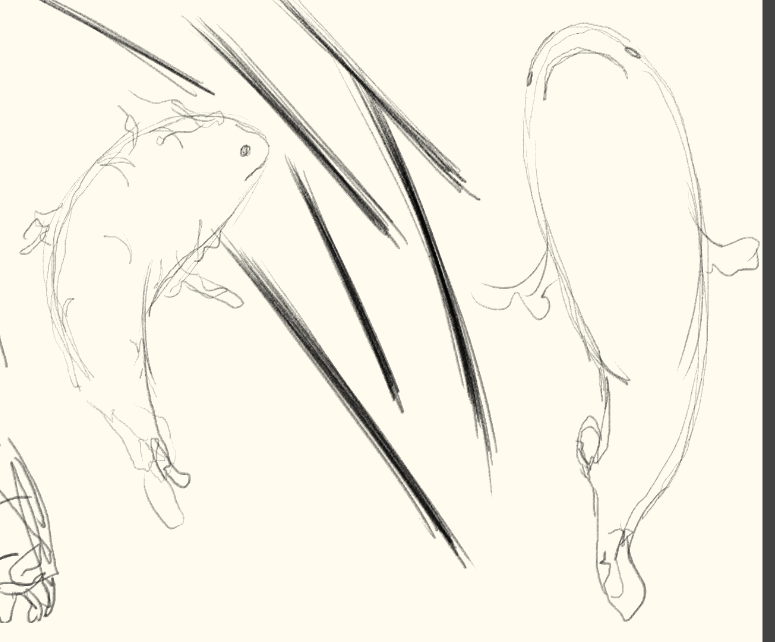 below this point pre-website material

sketches of songs, improvisised without a metrinome. listen if you dare, i just haven't gotten around to putting them together properly, for whatever reasons. i'm proud of the ideas here nonetheless

cloudless day concieved for a visual novel, as of 21.09.09 this is my most recent piece, and the one I hope has the most potential to become good.

cloudless day alt this is the same basic composition as the first but with with atmospheric synthesisers.

untitled 4 this is basically like a sunny day in the park, im proud of this one. some interesting modulations i think

fully orchestraed, timed properly, but not yet fully realized.

untitled 4 this is the same composition as untitled 4 in the last section, but with drums and orchestration. still, i don't consider this a finalized version. its not over til it's over. probably the most listenable out of all this junk

rooftop it changes dramatically partway through. i have this idea for a scene in a movie, or a visual novel, where the friend group puts on a performance, none of them can play the piano, but they all learn individual melody lines, and they all play on the same piano and all their little parts that they've memorized work together to create a fully realized song, and the shot would be all of their outreached hands overlapping eachother over the keyboard. the first part of this song is what i wrote while choking myself up over this imagined scene, maybe my description is something whatever, but the way i imagine it i find very emotional. well, whatever. i'll never realize it in all likelyhood.

experimental music, turn down your volume

im terrible at piano, having never practised or taken lessons, but it's still more efficient than using a mouse and clicking all the notes into fl studio, and as i chronically don't finish projects...